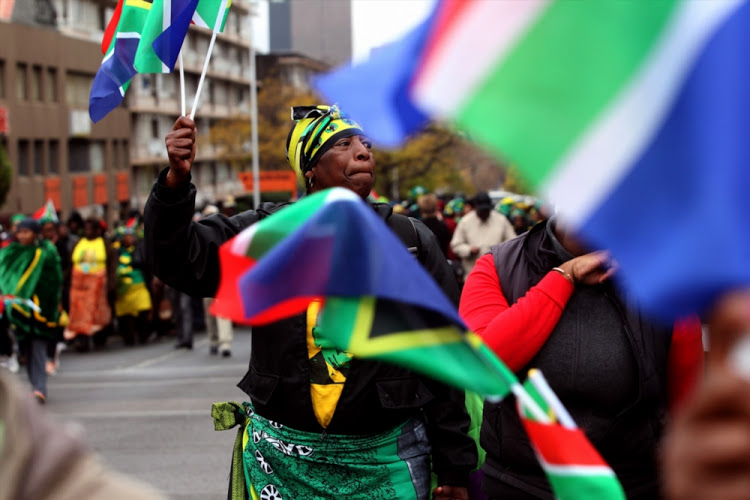 The African Woman’s Right to Property: Redressing the Past Redress

Throughout history the entrenchment of patriarchal policies in societies has precluded women from enjoying the same basic rights as men, including but not limited to the right to own immovable property. In a South African context, these patriarchal policies were not only enforced against African women by their own cultures, but additionally entrenched across race and class by the apartheid regime.

In many African cultures family property dealt with in terms of male primogeniture, a common law of inheritance through which the eldest male child had the right to succeed to the estate of an ancestor to the exclusion of younger siblings, both male and female, as well as other relatives. In line with this approach, nominated male heads of family were issued with certificates of occupation.

In 1962 Proclamation R293 was promulgated in terms of the Native Administration Act, and specifically provided that women were precluded from being the head of a family. Consequently, only men were permitted to be the head of a family for purposes of the Proclamation, which enabled such men to obtain a deed of grant in respect of the family immovable property, even if they were not resident on the family property and provided they had been awarded a certificate of occupation.

In an attempt to redress the past and afford Africans legitimate right of ownership, which were neither granted by a certificate of occupation nor a deed of grant, the Upgrading of Land Tenure Rights Act (“the Upgrading Act”) was promulgated in 1991, which automatically converted rights in property, such as deeds of grant, to ownership rights.

The Upgrading Act however did not provide for the automatic upgrading of property rightsto be reviewed in any way whatsoever, which meant that the attempt to redress the past failed to consider the initial patriarchal legislative framework which discriminated against
African women by precluding them from being the head of a family. These issues were recently dealt with in the matter of Rahube v Rahube and Others, where the Constitutional Court concluded, on 30 October 2018, that “During apartheid it was not true that all persons were born free and equal in dignity and rights. The oppression that the system meted out was felt no more acutely that by African women. They were relegated to the status of pertpetual minors, often forced to work in the unregulated domestic care sector to look after children who were not their own, and they were prevented from owning property which left them permanently dependent on the made heads of their families to
access the basic that a home provides. Twenty-four years into democracy, a piece of legislation that reifies the factual position created by a racist and sexist apartheid Act cannot past constitutional muster. The Upgrading Act, in its attempt to redress one injustice, exacerbated another. When enacting remedial legislation, Parliament must be aware of the historic omnipresence of patriarchy which will otherwise undermine event he noblest legislative endeavours.”

The Upgrading Act recognised and converted rights that had been acquired through a discriminatory legislative scheme and this injustice was compounded by the absence of a review mechanism in the Act. The Constitutional Court accordingly declared that the Upgrading Act was inconsistent with the right to equality in Section 9, and the right of access to courts in Section 34 of the Constitution as it fails to protect, notify and consult with the occupants of a property who do not have certificate or a deed of grant registered in their name. The court further
concluded that the automatic upgrading of land tenure rights amounts to indirect differentiation by the state between men, who could hold the necessary titles, and women, who could not, which was not only discriminatory but could not pass the lowest threshold of constitutional scrutiny, and was declared constitutionally invalid from 27 April 1994.

The Constitutional Court’s order of invalidity has been suspended for 18 (eighteen) months to allow Parliament a reasonable opportunity to introduce a constitutionally permissible procedure for the determination of rights of ownership and occupation of land to cure the constitutional invalidity of the Upgrading Act. The Constitutional Court’s decision is welcomed as a clear and unambiguous statement that
Parliament must not only redress the ills of apartheid, but the historical and pervasive patriarchal context in which women were and still are required to live. The imperative redress that is required is evidenced at the time of writing this article by the fact that the Ingonyama Trust in Kwazulu Natal, continues to force women residents on land under the trust’s control, to sign leases with male proxies on a daily basis, effectively removing their right to own land. This issue is presently before the Pietermaritzburg High Court but hopefully will reach the Constitutional Court for an order declaring a clearly patriarchal and discriminatory practice invalid.